In 1885 Alfred Jarry created the character of King Ubu as a parody of Shakespeare’s “Macbeth”. In the play of the same name he ridiculed people overwhelmed by greed and lust for power.
What has changed 120 years later ...
The project is implemented with the financial support of the Ministry of Culture of the Republic of Bulgaria. 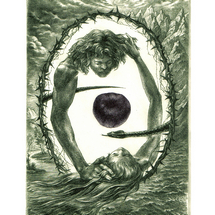