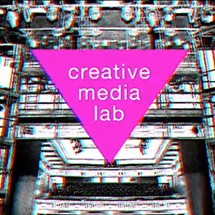 78
CREATIVE MEDIA LAB
Creative Media Lab is a special project from the NIGHT/Plovdiv festival programme that studies various practices and aesthetic platforms in the increasingly wider field of intersection between art and the new technologies. The project expands the artistic content of NIGHT/Plovdiv by creating an interactive, laboratory environment and present to the audience contemporary media artists, programmers and other professionals in the field of digital art. The Creative Media Lab is curated by Petko Tanchev.

Soult is an interactive audio installation. In its core, it comprises generation and modelling of a sound signal by using the electrical conductivity of salt. This property of the salt makes it a possible new media for creation of art and provides the opportunity for a new view on the relationship between the organic and the technological. The spectator is able to influence the acoustic environment through touch and to use the installation body as a musical instrument.


The project interprets, within the urban environment, words used in the poetry from the beginning of 20c. These are words whose meaning we understand but which we do not use. They have been selected from the works of five of the most famous Bulgarian poets, born on the very eve of 20c, such as: Pencho Slaveykov, Peyo Yavorov, Dora Gabe, Dimcho Debelyanov and Geo Milev. The project aims at achieving an experience beyond the cliché of the known texts. It provokes the spectators to co-experience the familiar texts in a new cultural situation beyond time. A situation in which the words are a bridge and memory for the fine, nuanced conditions of the human living. The forgot.ten words dialogises the context of the poetic language with the present-day audience and not only reminds key quotations but also interprets them visually.
61
13 and 14 Septemberfrom 21:00 to 00:00
Luma Face
/installation/
authors: Anton Hestand and Lina Green (Sweden)
interactive installation with video face mapping
location: scene in the courtyard of the Drama Theater
An interactive visual installation created by Swedish artists Anton Heestand and Lina Green. This is an experience created due to the mapping projection of the face, which traces its mimics and imitates it using a selected pattern. The movement is captured with a mobile and imitated through a projection. Anton Heestand works on the Pixels algorithm, which has underlain Luma Face in the past year.

A cyber thriller about power and influence. This is a battle of global giants that connects mythological stories with the contemporary economic life. The piece combines a radio play with a 360-degree video. It intertwines the complex story of Medea and the battle for supremacy of today’s global corporations. The stories have a symbolic intensity in the sky full of stars. They stay there even when people and gods, corporations and buildings have been long gone. In centuries and millennia, they tell of gory encounters, heroic quests, avarice and jealousy. And it seems nothing can stop the inhabitants of the Earth under them from repeating the old battles time and again: respectively with new faces and sizes, but with the very same motives even to date.

The project is implemented with the assistance of Goethe-Institut in Sofia, Ministerium für Kultur und Wissenschaft des Landes NRW and Kulturamt der Stadt Köln.
70
15 Septemberfrom 10:00 to 13:00
Creative Media Lab presents: PixelKit Live Graphics Workshop
/workshop/
tutor: Anton Hestand
Get started with live graphics in Swift with PixelKit.
PixelKit is an open source framework powered by Metal and runs on iOS & macOS.
Import photos and videos and blend with effects like levels, displace and blur.
Learn how to create a simple camera filter app with your custom photo filter.

The registration of the workshop at: opencall@openarts.info
Мaximum number of participants: 10
Working language: English
Technical requirements: Mac with Xcode | iPhone or iPad
< Previous locaion Next location > 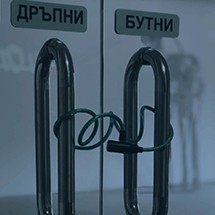 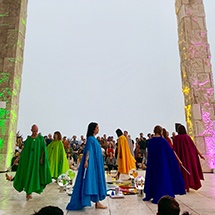 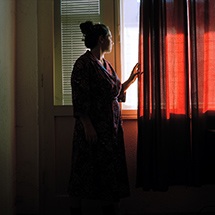 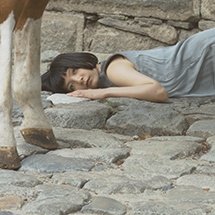 3 THE BLUE HOUSE - House of Pavliti