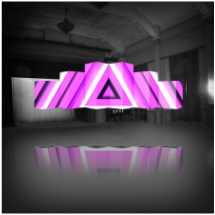 Creative Media Lab is a new module in the program of NIGHT/Plovdiv that is entirely focused on the development of digital art and presenting it in an interactive, laboratory environment. A selection of Bulgarian and international artists will present their works in the fields of performance practices, installations, video art, objects, software, creative coding. The content of the Creative Media Lab also includes demonstrations of new technologies, presentations of contemporary media art tendencies, workshops and lectures. As an introduction to the module Barak Koren from Israel will make his first workshop for TouchDesigner in Europe as well as a public presentation of his own projects. Creative Media Workshop will be carried out along with the curator of the project Petko Tanchev. The project itself is a two-day format Hackathon in which the participants will have the opportunity to experiment with different interactive instruments and to cooperate for creating common multidisciplinary projects. The results will be presented in an exhibition on 24th and 25th September which will transform the space of the Military club, Plovdiv. The audience will enter an unexpected, abstract environment, an intersection between art, digital technologies and science.

Petko Tanev is a visual artist, scenographer and a video designer from Plovdiv, Bulgaria. He graduated in Scenography from the National Academy of Art in Sofia in 2008 and has a master’s degree in “Designing of author’s visual performance”. He has realized numerous scenography projects and video installations for theater productions in the country and actively participates in festivals in Bulgaria and abroad. In his artworks he uses computer hardware and means for visual programming in order to create generative images, interactive systems, animation and video. His virtual worlds re-examine the aspects of physical reality, thus filling it up with different sense. He often works site-specific and is always ready to experiment with new media and contemporary technologies.

Barak Koren (Israel) – www.barakooda3d.wordpress.com – is an interactive developer and freelancer artist. Barak graduated in “Visual FX Program” from the Seneca Collage, Canada. His work is tied to experimenting with new 3D devices and securing a feed-back to RnD and IT hardware and software tests. Barak has a huge international experience in some of the world leading studios for interactive design. He is also popular among users in specialized forums and groups of Derivative under the nickname Barakooda Kor. Projects with his participation: Heroes Reborn (a project of VSquared Labs), Big Grams (a project of VSquared Labs), Santa Monica Pier Installation (a project of VT Pro Design), Projected Room AR, Real Augmented Reality project.

Supported by the Israel Embassy in Bulgaria and “Shalom – Plovdiv” organization.

The results of the project will be presented in an exhibition accessible for the audience also after the official dates of NIGHT/Plovdiv – on Sunday, 25.09.
< Previous locaion Next location > 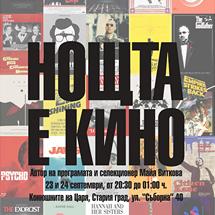 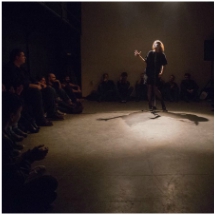 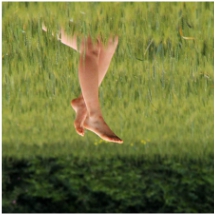