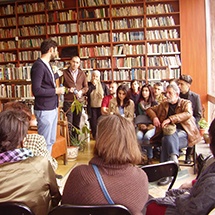 87
14 Septemberfrom 19:00 to 01:00
Intercultural Dialogue Italy – Bulgaria
/project/
The project presents the cultural relations between the two countries through the meeting with Anna Maria Petrova-Ghiuselev – a famous actress, journalist, choreographer, cinema and TV producer both in Bulgaria and in Italy. She has been writing poetry for 30 years, and has three published books of poetry in Bulgarian and Italian – “A Prayer for Life”, “Flowers and Thorns on Via Egnatia”, and the “Soul Knows”, dedicated to the great opera singer Nikola Gyuzelev. She has many international poetry awards, amongst which First prize in European Competition for Poetry and Culture in 2010, Lecce, Italy. She is presented at the “Turin International Book Fair”, Italy in 2012 and 2016 as well as at the “Book Fair”, Rome, 2013 and 2017. In the anniversary year 2019 she is about to present two new books of poetry – one in Italian, in September and later in the year – another one in Bulgarian.
In 2007, on the occasion of Bulgaria’s accession to the European Community, Anna Maria Ghiuselev founded the “Biennale Artemidia” association, whose president she currently is, and started holding a biennale with which she presents our performers and artists in Italy. Within NIGHT/Plovdiv, “Aleko Konstantinov” community centre will present her literary works, her roles in the cinema through video and photographs from her participation in Bulgarian and Italian films.
185
14 Septemberfrom 19:00 to 20:00
Talk by Anna Maria Giuzeleva and poetry reading
188
14 Septemberfrom 19:00 to 01:00
Moments from Italy
/photography exhibition/
Italy themed exhibition by the artist-photographer Sonya Stankova.
186
14 Septemberfrom 20:00 to 21:00
Presentation of “Artemidia" Association and Biennale about the Bulgarian and Italian art and culture
/multimedia screening/
187
14 Septemberfrom 21:00 to 23:00
Ïtaliano”kino night
Screenings of short Italian movies.
< Previous locaion Next location > 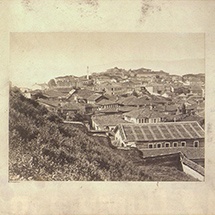 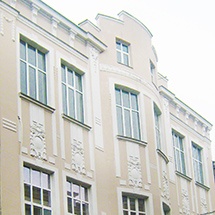 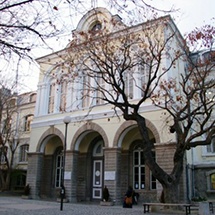